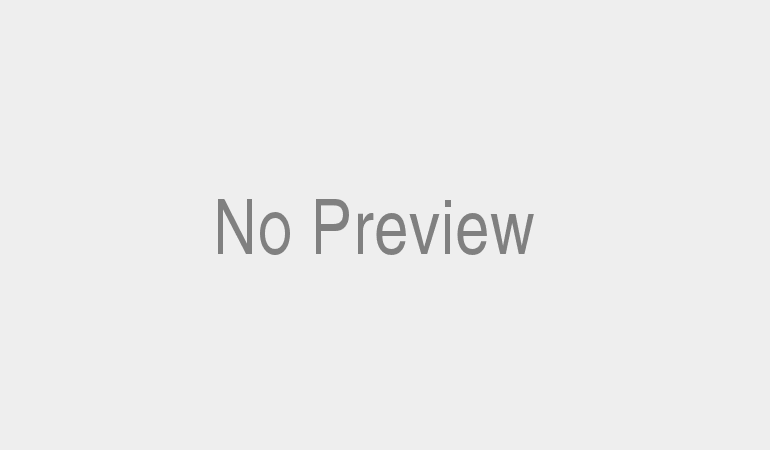 It was like any other Tuesday in March 2020. By sun down, Rajini was at her marked spot in Kandrika in Andhra Pradesh’s Vijayawada district, hoping to catch early birds. With Covid-19 having recently been declared a pandemic and the number of cases spiraling , customers were few , and sex workers like Rajini had their work cut out. She was yet to find her first client when the street began buzzing with frenzy. Prime Minister Narendra Modi had announced a nationwide lockdown, restricting the movement of 1.3 billion people for 21 days. Rajini knew right then life was about to change. Fifteen months since, she’s neck-deep in debt and has tried to take her life once.

Millions of sex workers lost their livelihood for months on March 24, as India went into lockdown to prevent the spread of Covid-19 . The National Network of sex workers, in collaboration with Maharastra based NGO Sangram that works for the rights of sex workers across India , conducted a survey of 2,352 sex workers . It found that of them, a total of 1.98 fell into debt as of March 24,2020. With incomes drying up, sex workers were forced to take loans, often from informal money lenders, non-banking financing companies (NBFCs) and microfinance institutions (MFIs).

In the first year of the pandemic, Rajini incurred a debt of 3lakh. She borrowed Rs 2 lakh from Rani, informal moneylenders, at an interest rate of 5 percent, and a second loan from an MFI. She managed to pay the installments for two months. But when she started defaulting, lenders started to threaten her . Debt was not her problem. A rape survivor, Rajini lived with an abusive husband and the lockdown only made things worse. Caught in a vicious loop of debt and domestic abuse, she tried to kill herself by consuming sleeping pills, ended up in a private hospital for 15 days and had to take more loans to pay for her treatment. Rajini is now facing multiple loans, and her husband refused to help her pay them back  . “The lockdown put both me and my husband out of work. But the responsibility of rising of my two daughters and fending for the family fell squarely on me, “Rajini says.

According to Guntur based sex worker M.Meharunnisa, who is also the convenor of Vimukthi – a State –level collective of sex workers and survivors of human trafficking in Andhra Pradesh both central and state policy and welfare schemes tend to ignore her ilk . Activist and founder of Sangram , Meena Seshu sums up the problem succinctly. ‘When we think of sex workers , we tend to imagine a single woman standing on the street . What we don’t see are the families behind them.”

The loss of income and indebtedness of sex workers have raised the alarm  among activists and social workers. According to Aarti Pai , one of the authors of the Sangram survey , loans held by sex workers were a combination of Pre-and post – Covid borrowings, some of which were rolled over and rescheduled for payment. The lifting of lockdown post June 2020, and the revival of markets for sex work, had improved chances of repayment of the states surveyed has led to renewed fears of indebtedness.

Across India , Millions of sex workers lost their livelihoods during the lockdown , dell into debt and were forced to take loans.

The survey recorded that 1,395 of the respondents had pre-Covid loans which remained unpaid due to the pandemic . While a majority of the women (286) borrowed money from MFIs the second – biggest chunk of women (255) resorted to informal moneylenders. ”The problem is the high rate of interest moneylenders are charging in the second wave ,”Meharunnisa says. “ In the first wave , we borrowed at 5 percent interest. Now , many are charging 8-10percent .”She says the lockdown has spooked lenders, with many refusing to give further loans to women unless they clear the dues. This has led to widespread distress, and in some cases , extremely poverty. The Sangram survey , for instance , found that at least 1.149 sex workers had endured a period of intense hunger during the first lockdown.

Activist M.Rammohan fears the condition might be worse now. ”In the first wave . many sex workers received rations from the state , Central and NGOs . This time , government focus was mostly on strengthening healthcare, which deprived this section from accessing PDS Schemes,”Rammohan works for HELP, an Andhra Pradesh based anti-trafficking and sex workers’ rights NGO, which surveyed 335 survivors of human  trafficking , commercial sexual exploitation and sex workers and found that at the time of this survey in May 2021, atleast 201(60 per cent ) had taken loans, raniging from Rs 5000 to Rs 5 lakh. Meharunnisa’s Vimukthi also surveyed 142 sex workers from Prakasam district of AP and found 90 per cent to be in debt, with 99 per cent of the debts remaining unpaid.

While informal loans are not uncommon among sex workers or indeed all sections of informal workers, Rammohan says the amounts this year were astonishingly high. Seshu adds that many were mortgaging their gold for low amounts of credit. As per Reserve Bank of India data , gold loans have seen an 82 per cent spike between March 2020 and March 2021.

Pushpavathi, 29, a sex worker in YSR Colony, Vijayawada, contracted Covid this May. With the high number of cases in the second wave, all state-run healthcare facilities were maxed out, compelling her to get admitted to a private hospital. “It cost me Rs 1,70,000, which I borrowed from moneylenders and relatives. I also mortgaged whatever gold I had, “Pushpa says, adding she already had a Rs 50,000 loan. While she is yet to regain full strength. Pushpa has started looking for alternative work. The single mother of two has had no luck so far, save a job at a copper plate factory that offers her Rs 200 a day for 12-hour shifts.

The data collected by Help and others highlight another sector of vulnerable women easily susceptible to bad loans – potential victims or survivors of trafficking. A seamstress with a BA degree, Jasmine from Basirhat in West Bengal was duped of Rs 1,20,000 in exchange of a nonexistent job, and was trafficked. Inability to repay a 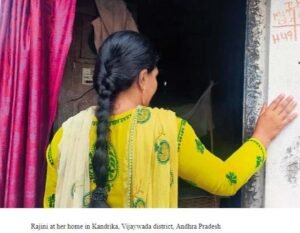 microfinance loan she had taken in 2019 from Bandhan bank through a women’s collective made her an easy target for harassment. So, she took up a job offer and went to Delhi, only to get trafficked. She was rescued after three months, but when the lockdown began, her loan remained unpaid.

“When you are unable to repay institutions like Bandhan bank, the women in your group have to pay it on your behalf, or the institution stops extending credit to all of them. When I didn’t get a job, my husband stopped paying the monthly deposits and all the women in the group started harassing me,” Jasmine says. She borrowed more money to pay off her previous debt, at 10 per cent interest this time from private moneylenders.

According to Shashwati Paul of Partners-a consortium of eight anti trafficking organisations I West Bengal – the pandemic might have pushed many like Jasmine back into sex work. Piu Mondal, leader of a West Bengal survivors’ collective, Bandhn Mukti, found that out of the 53 people from her group, 25 had taken loans during the pandemic, of whom, nine were minors. “With repeated cyclone and lockdowns in West Bengal, many families are at the end of their savings and are taking loans in their daughters’ names. When they are unable to repay, the minor becomes a potential trafficking victim,” Piu says.

The lockdown also forced many women to take loans that turned ‘bad’, making them vulnerable to trafficking to repay their debts.

In case of sex workers, overlapping and long overdue loans can lead to debt bondage, a phenomenon that often impacts children, observes researcher Roop Sen. Landlords and pimps often double as creditors, leaving children of sex workers vulnerable to getting sucked into generational debt traps and quite possibly, sex work.

In March 2020, RBI offered some reprieve for the middle-class by allowing a three-month moratorium on EMI payments, later extended by another three months. Sen, however, feels that so far as low income group (LIG) borrowers were concerned, neither the states nor the central government offered adequate interventions. “They have completely ignored mounting debt in the unorganized sector, much of which is informal,” Sen says, During the first lockdown, state and central government interventions for female sex workers ensured food access through a combination of supplies from state government and NGO like the National Network of Sex Workers, especially in the southern states like Andhra Pradesh. This year was different. “NGOs have been allowed to divert their funds to relief work, while the government is spending on health care and emergency relief. Nobody is looking at the growing debts in the unorganized sector,” Sen says. Sen, who runs the Calcutta-based Change Mantras, said MFIs and NBFCs- which were meant to provide easy, collateral-free and low-interest loans to low-income borrowers- had become just as exploitative as private banks. The government should ask these institutions to bear the brunt of the losses, instead of “shifting the onus completely on the borrower, who has no job in the first place due to a state- induced lockdown”, he suggests.

HELP’s Rammohan points out the inadequacy of government interventions for female sex workers, citing the response to an RTI he filed in 2020. While an average of 95 per cent of female sex workers had Aadhaar cards and 97 per cent had Ration and Voter documents, not many of them could access government schemes. “Several sex workers were considering microfinance and other arrangements with NBFCs as they did not have Jan Dhan bank account,” Pai says. The researcher and activist point out that the “JAM trinity” mandate to link Jan Dhan accounts with Aadhaar cards and mobile numbers was a serious impediment in accessing aid.

So what do sex workers want from the state? More frequent supplies of dry ration; softer credit channels that can be used to substitute crisis-driven loans from informal sources; recognition of sex workers as credible borrowers; prioritizing sex workers for Covid vaccination and treatment. Pai says underpinning these are a set of co demands: the recognition of sex work as a legitimate work form, and extension of state support as a matter of citizenship and human rights rather than charity.

Back in Vijayawada, Rajini has been trying to keep up the spirits of her children, who have been unable to go to school this year as the family could not afford WiFi and digital devices. She admits keeping the reality of their destitution and the state of her mental health hidden from her children has been harder than she had imagined. “Last Week, a moneylender took away our TV set. If we don’t pay back, they’ll take away everything,” she says.

(This appeared in the print edition as “Desolation Row”)

pl read this story through the bellow link also: